HOW MANY GMOS ARE IN AGRICULTURE?

According to the US Department of Agriculture, crop producers use genetically modified seeds to plant more than 90% of corn, soybeans, and cotton in the US. Unless you consciously avoid them, GM foods likely find their way into many of your snacks and meals. Some people believe GM foods are safe, healthy, and sustainable. Yet others claim the opposite.

WHY DO WE NEED GENETICALLY MODIFIED SEEDS?

Scientists genetically engineer seeds for many reasons. For example, they sometimes make changes to increase a plant’s resistance to insects, its tolerance to herbicides, its tolerance for heat, drought, or crop yield. They also engineer seeds to give GM foods stronger, colors, increase their shelf life, or eliminate reproduction. That’s why we can buy watermelons and grapes both with or without seeds. Additionally, some producers engineer GM foods to have higher levels of specific nutrients, such as protein, calcium, folate. Supporters of GM foods find genetic engineering a positive advance in technology.  They argue that GM foods help to solve the world’s hunger crisis. New GM food can help scientists create ways to feed people in countries that lack access to nutrient-rich foods. One big benefit is the hardiness of some GM crops. They can often grow in marginal environments. GM food can also last longer on the shelf.  This longer shelf life allows remote areas to have access to these fresh foods. 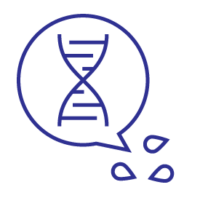 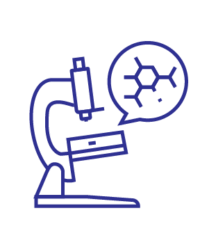 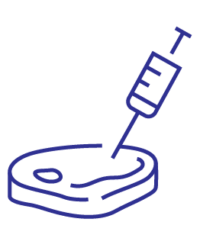 ARE FOODS MADE WITH GMOS SAFE?

Some people wonder if GM foods are safe and healthy to eat. Genetic engineering is a relatively new development. As a result, research on the long-term health effects of gm foods is limited. 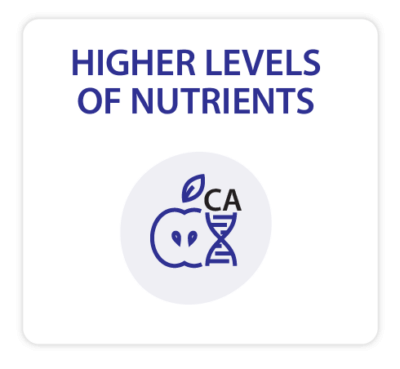 GM foods have met the same requirements as foods grown from non-gm seeds. However, critics suggest there’s more to be concerned about. Some people worry that GM foods might be linked to allergies, antibiotic resistance, or cancer. Others suggest these concerns are unfounded.

Food allergies are increasing in the United States. In fact, the CDC found food allergies in children under the age of 18 are growing rapidly. Many parents are concerned for the health of their families.  Some believe that genetically modified foods are causing their children’s allergies. 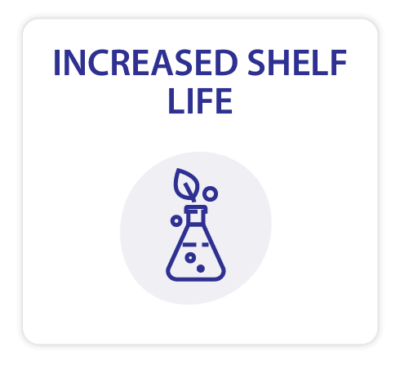 New evidence points out that GM foods may be more likely to trigger allergic reactions than non-gm foods. According to a study from Harvard, GM foods can cause allergic reactions. The reactions occur with scientists transfer proteins from one plant to another.

Tree nuts are one of the most common triggers of food allergies. In the mid-1990s researchers genetically made a strain of GM soybeans that grew to contain protein from brazil nuts. Later a report in the New England Journal of Medicine found people with Brazilian nut allergies were allergic to these new GM soybeans.

Immediately following this discovery those soybeans were no longer sold to consumers.  Since this failed experiment the Food and Agricultural Organization of the United Nations now has protocols for GM foods.  These protocols require producers to test their GM foods for their ability to cause allergic reactions.

According to the Mayo Clinic, none of the GM foods currently on the market have other genetic effects.  Although one growing concern is antibiotic resistance.  This is when bacteria can resist antibiotics making them hard to kill. According to the CDC antibiotic-resistant germs, infect two million people each year. Those infections kill at least twenty-three thousand people per year.

Scientists often modify seeds using antibiotic-resistant genes in the genetic engineering process. Some people wonder if there’s a link between genetically modified foods and rising rates of antibiotic-resistant bacteria. No studies thus far have proven this claim, but researchers are conducting more research on this topic. 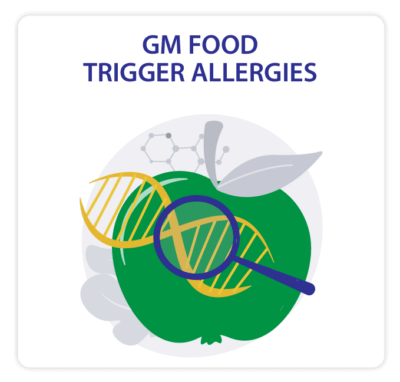 The journal food and chemical toxicology retracted a paper that linked herbicide, roundup, and roundup, tolerant, genetically modified corn to cancer premature death in rats. Due to concerns about the paper, the journal’s editorial review, the researchers’ raw data, and the peer-review process. They found the researchers had used too few rats. Furthermore, the specific strain of rat was prone to cancer, so the results were inclusive.

According to the American Cancer Society, more research is needed to understand the potential risks of foods grown from genetically modified seeds.

Finally, to help consumers understand what they are buying the European Commission requires GM foods to be labeled.  However, in the US there is currently no law directly requiring producers to label their products as genetically altered. So, it’s hard to know what you’re buying. Currently, if a consumer can focus on buying organic foods as a way to limit their intake of GM foods.

WHAT ADDITIONAL GMO RESEARCH DO YOU BELIEVE IS NEEDED?